It’s 7 am… we’ve passed the checkpoint, scrambled up the rocks to the sun gate… we’ve made it!

Machu Picchu below us, the sun slowly moving over the ruins to reveal what is an almost in tact ancient city

But, the adventure wasn’t over with our arrival at Machu Picchu, we still had to get back to Cusco

After visiting Machu Picchu, we qued for the bus to Aqua Caliente… 30mins.  Bus into Aquas 40mins…. lunch and to the rail station  2.5  hours… waiting for our train 4 hours! 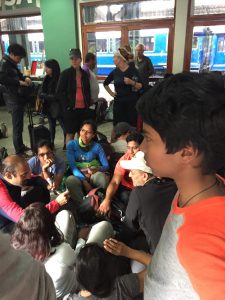 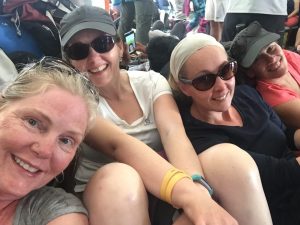 I don’t complain much and waiting doesn’t get to me (teache’s labour strike blocked the roads and rails) , it was the guy playing elevator music on the pan flute …  it put me over the edge.

I remeber being so tired I thought we were dropped off in the middle of a back alley… I didn’t recognize it because all the shops around  the  hotel were closed!

It was tough to say “see you later”  and  I don’t think my words were making much sense at that piont .   So for those I didn’t get a chance to say bye to… if you ever read this,, Bye and I hope to see you again one day! 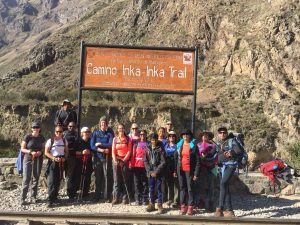 One Reply to “Are we there yet?”